Church members are minority in U.S. for first time,… 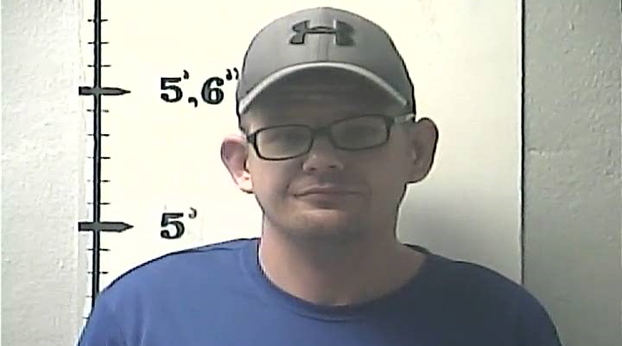 James Peavley, 38, of Danville, was arrested at about 3:10 a.m. on March 23 by Lincoln County K9 Deputy Michael Mullins on multiple drug-related charges.

According to the arrest citation, Mullins approached the vehicle to verify proof of insurance and when he did, he allegedly observed Peavley exhibiting “nervous behavior.”

“I could also smell the odor of marijuana coming from the vehicle,” Mullins stated in the arrest citation.

The driver of the vehicle denied consent to search and Mullins deployed his narcotics detection K9 Luma around the vehicle for a “free air sniff.”

“Upon PC search of the vehicle, a bag with digital scales, empty baggies, and two baggies, one containing a green, leafy substance and the other contained a pinkish crystal substance, which field-tested positive for methamphetamine,” the arrest citation states.

Several hypodermic syringes were also found inside the vehicle behind Peavley’s seat.

Peavley allegedly told the deputy that “all this was his and he has a bad meth addiction.”

Peavley was arrested and charged with trafficking in a controlled substance (methamphetamine); possession of marijuana; and possession of drug paraphernalia.

He was lodged in the Lincoln County Regional Jail.

Mullins was assisted in the arrest by Deputies Harness, Cloyd, Peters, and Coleman.