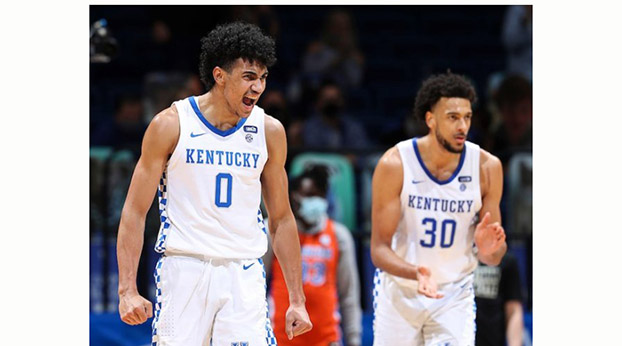 In the final week of a disappointing regular season, Kentucky senior Olivier Sarr said the Wildcats still have a lot to prove before the postseason.

“We’re going to take it one game at a time and make sure that we’re not taking two, three steps ahead and just focus in on the present moment,” he said following the Wildcats’ 71-67 loss to Florida last Saturday.  “We have to learn how to finish the last four minutes, learn how to close games like we did for the past three games before that. We’ve got to learn from our mistakes, whether it’s bad defensive coverage, bad execution (and) bad spacing.”

The Wildcats (8-14, 7-8 SEC) blew a 10-point lead in their last outing as the Gators snapped Kentucky’s three-game winning streak and averaged an earlier-season setback to the Wildcats in Gainesville.

The loss left Kentucky scrambling to piece together enough wins to make the NCAA Tournament as their hopes primarily lie within the league’s automatic bid that goes to the tournament winner.

“We’re definitely in attack mode right now,” Kentucky sophomore Jacob Toppin said. “We wanted to win (the Florida game) so bad for what we want in the future, but we didn’t come up with a win. But now we just got to look forward, look into the future, just take it one game at a time from here and we’re in attack mode like I said. So, we’ve just got to keep pushing, keep getting better and we’ve got to come out with W’s.”

“They haven’t folded,” he said. “They haven’t stopped working or anything like that, so that’s been the one positive with how the season has gone. I think they still understand what we have ahead of us. We take it one game at a time and then we’ll just focus, once we get to the SEC Tournament, one game at a time there, and see what happens.”

Instead of looking into the distant future, Kentucky coach John Calipari said the Wildcats are focused on the here and now.

“We’re worried about Mississippi — I’m not worried about that other stuff,” Calipari said. “We’ve got to take one game and let’s try to get better.”

Kentucky will attempt to build momentum going into the postseason, starting with Tuesday night’s 9 p.m. contest against the Rebels. Much like the Wildcats, Ole Miss (13-10, 8-8) is coming off a disappointing loss.  Mississippi, which has played six of its last nine games on the road, suffered a 75-70 loss at Vanderbilt last Saturday.

Lucas said the late tipoff also will provide a challenge for the Wildcats.

“On game days coaches and players have this kind of anxiety wanting to play the game,” he said. “It kind of delays it all the way out to the end. But we’ve had some late games already. I think this might be our first one on the road because we were supposed to play Missouri late but that one got changed.

“I think it’s something that we will be ready for and I think with the short turnaround Saturday-Tuesday, it gives you a little more time to let your bodies rest too. I think we’ll be OK.”

Keith Taylor is sports editor for Kentucky Today. Reach him at keith.taylor@kentuckytoday.com or Twitter @keithtaylor21. 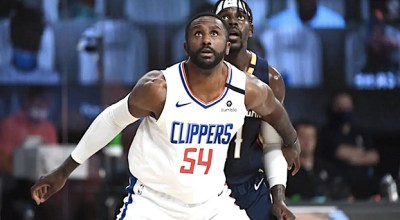 Protecting our waterways and saving our streambanks

Proposed abortion amendment signed, will be on Nov. 2022 ballot