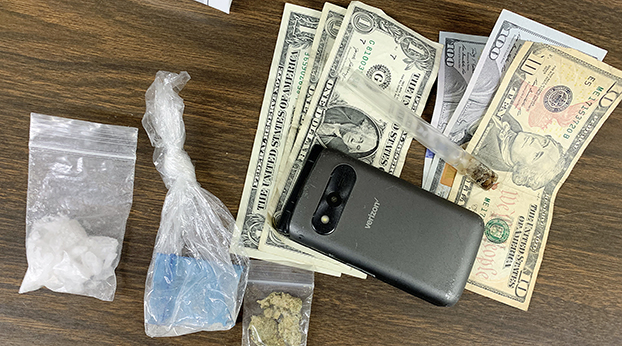 Deputies respond to man passed out behind wheel

A man was arrested on drug-trafficking charges after police allegedly found him under the influence behind the wheel and in possession of narcotics.

According to the Lincoln County Sheriff’s Office, deputies were dispatched to the 2800 block of Kentucky Highway 2141 on Aug. 1 at about 6:20 p.m. for a reported male subject passed out behind the wheel of a gold Lincoln Town Car.

When K9 Deputy Michael Mullins located the vehicle he found Joseph Burns, 40, of Danville, semi-responsive in the driver’s seat with the vehicle running.

Mullins asked Burns if there was anything illegal in the vehicle, to which he said “no,” according to the citation, and gave consent to search the vehicle.

“A glass smoking pipe was also found in the same area,” the citation states. “This pipe contained white residue.”

Deputies seized $213 in cash, according to the citation.