LONDON — For the second time in three weeks, the Lincoln County football team has fallen in overtime – and both times to a Jaguar squad.

Lincoln, which fell 42-35 to East Jessamine on Aug. 30, came up short again in an extended game Friday night, dropping a 25-24 overtime loss to the North Laurel Jaguars at “The Jungle.”

“I’m taking this one,” Lincoln coach Spencer Crutchfield said. “I told the guys, ‘This one’s on me.’ Maybe I didn’t get them lined up in the right positions, didn’t do things the right way. I should have coached them better this week.”

And just like the other overtime loss, the Patriots lost the lead late in regulation.

The Patriots responded to the Jags’ rally effort by punching in the first overtime score. Levi Daugherty took the ball in from the 6-yard-line, then Loren Melton added the point after kick to put Lincoln back up 24-17. The 10-yard OT drive went three plays.

Dalton Sizemore, who went 10-for-21 for 147 passing yards and rushed for 116 yards and three touchdowns on 18 carries, pushed in his final TD in the overtime period on a 5-yard run, then added the two-point conversion run to edge the Jaguars past the Patriots.

As the North Laurel players celebrated, stunned Patriots walked slowly toward their coach, thinking they had made the stop.

“I thought we made the play,” Crutchfield said. “They (officials) said we didn’t so … who’s going to hold them accountable? Who’s to say he did or didn’t? Everybody said he was a yard short. It is what it is.”

Neither team could mount much offense in the opening period, with four of the first quarter’s five possessions ending in interceptions.

Lincoln’s Dylan Burchfield had the first pick on the first play of the game to set the Patriots up at the North 20. However, Lincoln’s first drive went just three plays before Storm Gambrell intercepted Nick Harris in the end zone. The Jaguars were threatening on their second possession, marching inside the Patriot 24, but the play would end in the end zone with Clayton Davis grabbing Sizemore’s pass attempt. The Patriots were back in possession of the ball as the final seconds of the first quarter ticked off the clock, with Harris intercepting Sizemore.

The Harris pick set Lincoln up at the Jags’ 21. Four plays later, the first points of the game went up on the scoreboard as Melton converted on a 38-yard field goal.

The fifth, and final, interception of the game set up North’s first score. Joey Chesnut picked off Harris and returned the ball to the Lincoln 24. Six plays later, with 4:27 left in the half, Sizemore ran straight up the middle for a 1-yard touchdown. Mark McDaniel added the extra point kick to put the Jags up 7-3.

Lincoln took its final possession of the half 65 yards to the goal line to take a 10-7 lead into the half. The scoring drive, which took eight plays, was moved along by a first down off a penalty, a 26-yard first-down run by Harris and an 8-yard first-down pass to Davis which put the ball at the 16. Harris then connected for the touchdown pass to Harris on the final play of the drive.

The Patriots posted the largest lead of the game just seconds into the second half as Zack Hazlett returned the opening kickoff 77 yards to the end zone to give Lincoln a 17-7 edge.

The Lincoln “D” forced North to punt away its first possession of the third quarter and denied the Jags on their second drive, which was their longest sustained drive of the game. North started its second possession at its own 37 and drove down to the Lincoln 8 in 14 plays. Facing 4th-and-4, North looked to McDaniel to convert on a 25-yard field goal attempt but the kick was wide right.

After a Lincoln punt, North’s offense was back on the move. The Jags took over at their own 44 and needed just five plays to cross the goal line. Sizemore completed first-down passes of 41 and 14 yards to Brody Brinks and his brother, Eli Sizemore, to help move the ball down to the Lincoln 1 and Dalton took it in from there to cut the Pat lead to 17-14 with 5:55 to play.

Lincoln was threatening to add to its lead late in the game but the Pats’ final drive, which started at their own 35, stalled on downs at the North 28 after 10 plays.

North would not be denied on its final drive of the fourth quarter. After his 25-yard missed field goal early in the period, McDaniel redeemed himself with a 26-yarder with 3.2 seconds on the clock to force the overtime.

Lincoln’s final drive of the game was the only time in the second half that the Patriots moved into Jaguar territory. The Lincoln defense was on the field for a big chunk of the second half as the offense only got as far as its own 27 and 32 on the team’s other two drives of the half.

“We played well defensively. We did,” Crutchfield said. “We bent some but we caused turnovers. Offensively, we just struggled. We didn’t move the ball. We didn’t stay on blocks. And you’ve got to give those guys a lot of credit. They’re aggressive up front and they kind of wore us down.”

Harris led the Lincoln rush with 42 yards on eight carries, Burchfield had 36 yards on 10 carries and Hazlett had 21 yards on six carries. Rodney Alcorn, who rushed for almost 100 yards last week, finished with just 15 yards Friday, leaving the game early with an injury to his left knee.

Lincoln’s Davis had two receptions for 24 yards and Justin Bryant had two catches for 21 yards. 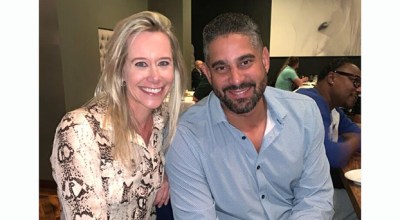